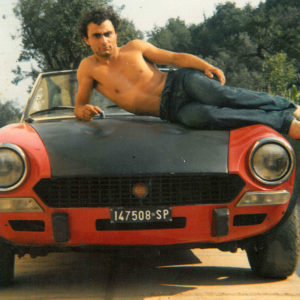 Silvio Marino, car designer and inventor, is the one who created and developed Futuri Project, and the president and founder of Futuri Project Club.

Who is Silvio Marino, and how was Futuri Project born?

Ever since he was a kid, Silvio Marino has been in love with cars and engines, and has always had a passion for mechanics. At 7 he succeeds in building a small car out of an ape baby doll with drums and some rubber bands for transmission. He also carves out a test track with lateral guard rails on the ground.

Over the years his passion and creativity keep growing. At 13, using some money from his allowance, is able to buy one of the first radio-controlled model cars on the market. While operating his toy car he realizes that it would swerve and slide when getting into a turn. Hence he starts wondering about the wrong balance of an ordinary car. As time goes by his mechanical skills keep growing together with his creativity and intuition. At 16, while working hard, he manages to buy a go-kart. He begins to spend several hours on the test track. Once the engine has melted down he won’t lose heart. He finds a way and imagines to replace his motorbike’s engine with the go-kart’s, and once the test track time is over, he takes the engine apart and mounts it back on his motorbike and rushes back home. 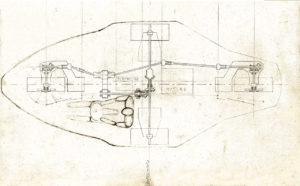 Still at 16 he begins fiddling with the first full-scale cars, his first car being a 124 Abarth Rally. He still does not have a driver’s license, but he can’t wait: he’s got to drive! His passion is too strong: he uses his brother’s license. In the following years he manages to buy several legendary sports cars: 131 Abarth Rally, Peugeot 205 and Rally 405, Maserati 224V and Lancia Delta Evoluzione.

A real self-made man at 18, after studying technical drawing, he jots down the first drafts of the so-called Futuri Project and sets up his garage to get the project off the ground. He’s so passionate that he keeps saving spare parts from scattered engines all over place, including his bedroom. Starting from 20 years of age his garage keeps churning out the first radio-controlled model cars of his own. During these years he continues to work on his patent.

The correspondence with Enzo Ferrari 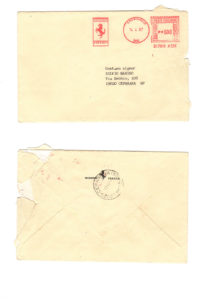 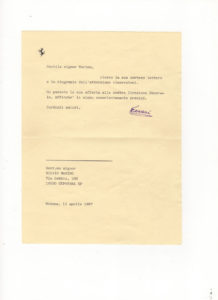 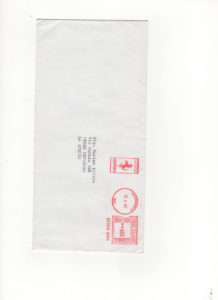 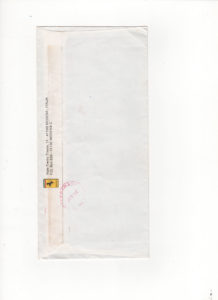 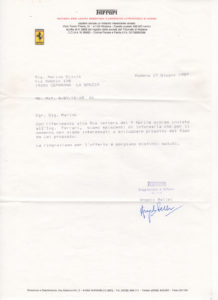 In 1986 his radio-controlled model car lands at Bologna’s Motor Show. The great success of the Futuri car (vehicle rhomboid balance) draws the crowd’s curiosity. In the same period he earns his Patents (national, international, European, American, Japanese and Canadian). The first articles show up on racing magazines, the critics are thrilled and Silvio starts for the most important people in the racing industry and gets in touch in them. Nonetheless he won’t find any of the proposals suitable to meet his expectations (preserving the originality and independence of the project). Futuri Project is submitted to Mr. Enzo Ferrari, maybe the only person that Silvio would like to work with. Mr. Ferrari writes back to Silvio showing some interest. Soon after, his decision is submitted to the board which, under unknown circumstances, turns down the project.

Presentation at Motor Show in Bologna 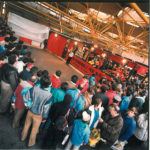 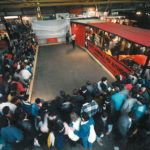 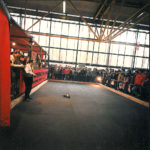 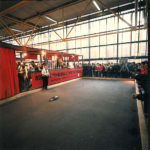 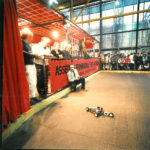 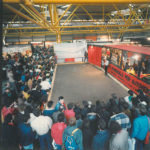 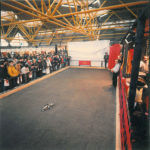 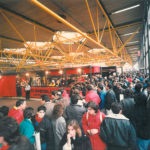 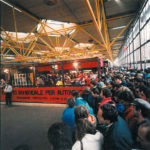 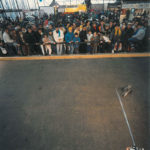 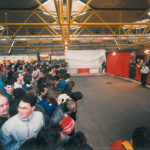 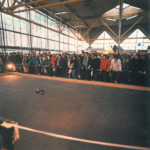 Later on Silvio focuses on the building of the full-scale model. He rakes up all the technical components on the market, he buys the engine, and starts designing the gearboxes and the molds for the foundry. He also performs the measurements of the prototype, and develops the frame and the absorbers. Silvio makes it all on his own, but he’s soon forced to give up on the very expensive mechanical development of the project. The crisis is around the corner, but nothing can smother his creativity. He keeps dreaming and working on new technology to be patented and to be added to the project.

Today, driven by his endless passion, wants take a chance on Futuri Project again. He wants to embark on a new adventure asking for the support of all the aficionados who will take part in the Futuri Project Club.

The designer and the idea July 7th, 2017notstudio

BECOME A SUPPORTER OF OUR CLUB
GET YOUR CARD!

Per maggiori informazioni
For more informations

This website uses cookies to improve your experience. We'll assume you're ok with this, but you can opt-out if you wish.Accept Read More